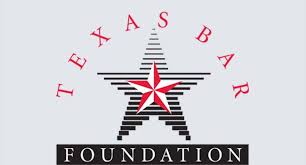 Steven Mitby, Founding Partner of Mitby Pacholder Johnson PLLC, represents companies and individuals in high stakes litigation in Texas and throughout the United States. He regularly represents businesses and individuals in complex commercial and intellectual property disputes against the largest companies in the world. He has tried over twenty cases and dedicates himself to winning at trial. His persistence and trial-ready focus help his clients achieve outstanding results.

Steve maintains a diverse trial practice, having successfully represented companies in the oil and gas, petrochemical, medical, software, real estate development, healthcare and medical equipment, banking, finance, and alternative energy industries, among others.  He also represents individuals in probate contests involving large estates. Steve has also developed a reputation for successfully representing plaintiffs in commercial and intellectual property cases involving large damages. Due to his ongoing trial success, he is also regularly asked to assist other attorneys with their cases on the eve of trial.

Steve has been profiled multiple times in Texas Lawyer, which recognized him as an “excellent strategist” and named him “Appellate Lawyer of the Week.” He has been featured in the Houston Chronicle, USA Today, Wall Street Journal, and other national and local media outlets. He is a member of Texas Lawyer’s elite “Ten Million Dollar Club,” which is limited to the small number of trial advocates who have won verdicts of $10 million or more at trial.

He earned his undergraduate and law degrees from Harvard, where he achieved the highest academic honors.  Prior to founding Mitby Pacholder Johnson PLLC, Steve was a partner at the nationally recognized litigation boutique AZA for ten years, serving as lead counsel in major litigation matters in Texas, California, New York, Michigan, Delaware, and Georgia.

His peers have honored him as a Texas Super Lawyer (2015-2022) and a Texas Rising Star (2011-2015), both Thomson Reuters publications and he has been selected to The Best Lawyers in America© by BL Rankings for commercial litigation for 2016, 2017, 2018, and 2019. These distinctions are based on peer reviews within the legal community. Steve is vice president of the Harvard Law School Association of Houston, was selected as a Fellow of the Texas Bar Foundation, serves on the Advisory Board of the Institute for Energy Law of the Center for American and International Law, and is a Master in the Garland Walker Inn of Court.  He is also an active member of the Houston Bar Association and Woodlands Bar Association.

Steve is a resident of The Woodlands, happily married for 15 years with three children – all boys, including one set of twins. He enjoys coaching Little League and being involved in his children’s sports activities. He also likes hunting and fishing game including deer, ducks, dove, and quail.